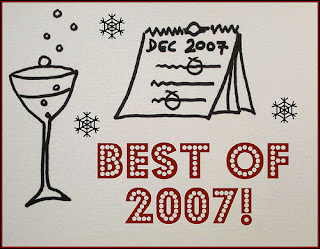 When I first read this event from One Hot Stove, I was like “wow, what a great idea!” Ecstatically I click to my own blog to review it for the year 2007. To my own disappointment though, I found Ithat I was actually a bad blogger of 2007, for the first half of the year I was practically missing in action, with just an occasional post as if to revive a dying blog. Then I started to pick up the momentum again for the last half year, with me resoluting recently to be once again active in the food blogging scene. Anyway with just the half year efforts of postings, and very little cooking, I will try to give you the bests of my blog in 2007, with more to look forward to in the New Year to come. 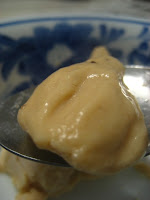 Banana Fro-yo
A delightful healthy treat that I have churned out many times every since my first try, taking advantage of our local sweet bananas that are crazily cheap when they are at the ripest blackened time, which also meant the sweetest and softest time, best for churning to make Banana Frozen Yoghurt.

Grandma’s Kitchen (Closed)
J and I have been back there for numerous times when we hanker for some authentic home cooking fares. Never failed with many of the dishes we tried, maybe time for a second review when I had tried more new dishes.

Som Tam
I have nearly expressed all my love for this dish in my love letter, what more can I say about this sweet yet tangy delectable salad that had me looking out for it every time I am in Bangkok.

Best Idea thought of in 2007
Malaysian Floggers Interviews
The idea struck me one day out of nowhere that it would be great fun for me to interview the bloggers behind the scene of various great Malaysian food blogs out there. There are many more to come in 2008, as now Malaysian food bloggers are popping up like mushrooms after the rain, therefore they would certainly be interested in so many of our seasoned food bloggers that had been around for years.

Bangkok
Alright, this one seem to be a bit cheating as it seems to be the only place I traveled that I blogged about but what who am I to resist, it was certainly a land of good food, great affordable massages and cheap yet trendy clothes. It was also testified by many food bloggers out there.

Best Celebration and Gift for a tham jiak in 2007 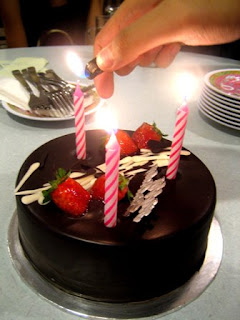 My Birthday
It has to be definitely my birthday celebration where J had brought me to a buffet of delectable spread of food, food and more food. I wish it is my birthday again, but then again, we all do not need a reason to splurge once a while on food right (hinting to J)?

Cooking and eating resolutions for 2008
These resolutions would seem like the most overused and over committed resolutions of this blog, just like the resolution to lose weight by so many people of this world, year after year. But somehow, we can’t run away from our unfulfilled resolutions, it will haunt us till we finally make it, therefore along with the crowd of just-human, I resolute to once again do more cooking and baking; try to eat in more often on my own home cook fares, make more delicious and healthy desserts for breakfasts or munchies, bake cakes for my family, 1984 and friends for their birthdays, start again on my abandoned ‘Exploring My Origin’ project, venture out to try more of the food that Malaysia have to offer, travel to more places to eat what the locals eat and most of all, to put it all into this humble tham jiak blog of mine to share with everyone in the food blogosphere, where without you all, I would not have learn so much on cooking, baking and enjoying food to its fullest! In other words, I am aiming to be more tham jiak in the coming year, he-he.

Till then, see you next year and I wish you a very Happy New Year!

This site uses Akismet to reduce spam. Learn how your comment data is processed.

You can find me at :